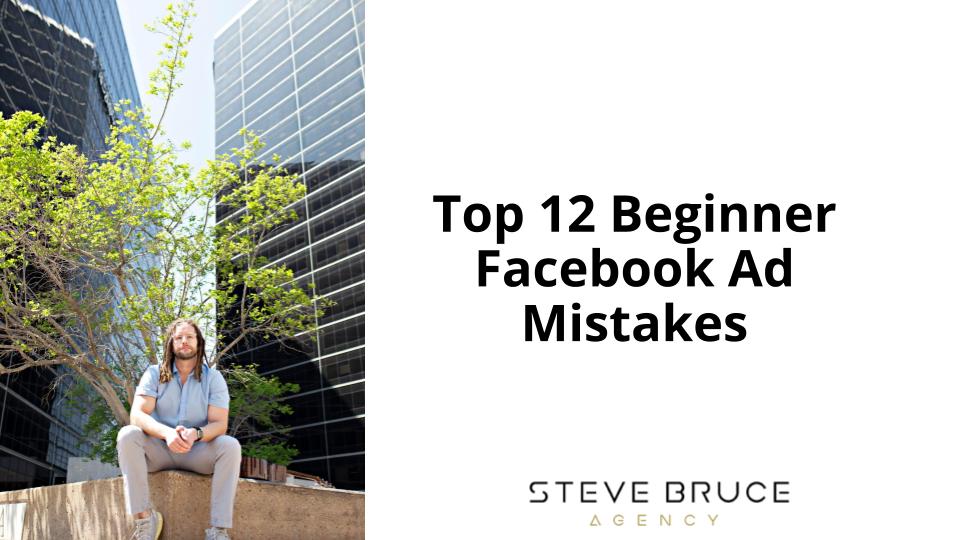 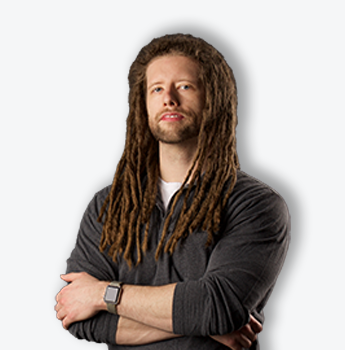 People have been coming to me for help with Facebook ads since 2015 and at this point I’ve worked on hundreds of Facebook ad accounts. Recently, I have seen SO many mistakes that are repeated across multiple accounts so I thought I would share my findings.

Here are the common mistakes from recent audited Facebook campaigns.

1. Multiple interests and/or behaviors in one ad set (aka stacked audiences)

Doing this defeats the purpose of testing because you don’t know which interest is bringing in the results. Many other reasons to not do this during testing including you could have a great interest stacked with a bad one and that could skew the potential results. There are some instances where maybe it would be okay to have 2 stacked interests if the audiences are very small, but what I was seeing people do often is stack over 10 interests and behaviors into a single ad set.

2. Thinking the cost per purchase that they got on their own is what they’ll continue to see

If you are doing things incorrectly with Facebook ads, then you should expect to see results that are not very good. It’s one thing to have a frame of mind like “I’m not getting good results on my own but I think they could be better” as compared to “I’ve been running ads for two weeks with little to no experience and I’m paying too much to get a customer so Facebook isn’t worth it”.

3. Creating Lookalike audiences with low-quality data as a hail Mary

Yes, lookalike audiences are pretty neat. When you don’t have enough purchases, there are other source data pools that you can create them with. Video views, website traffic, page engagement, etc. The problem is you are pretty much creating a lookalike audience based on people who DON’T buy. Especially if you don’t have anyone buying your product. There is probably something wrong with your targeting as it is and you need to stick to interest targeting and optimizing for purchase conversions. I’ve seen people run a traffic campaign, get a few hundred clicks, and zero sales. This is because you are getting very low-quality traffic from Facebook and creating a lookalike is just going to find more people similar to that low-quality data. If you have a sort of “niche product” and you think that you can’t target them based on interests then you are not thinking outside of the box enough to find interests to test (more on finding the right interests in a later section).

For the campaigns that I audited, I gave them each a different recommended daily spend per ad set depending on their budget, niche, etc. so I don’t want to say that you should spend X amount per ad set, but $3/day is way too low. If you have a small budget, then you are better off testing less and spending more per ad set. So if you are doing $3/day to over 10 different ad sets to try and test 10 different audiences, you are going to get better data from spreading that same amount across 2-3 different audiences.

I’ve seen some exclusions that make sense like excluding AliBaba and dropshipping whenever they were getting comments on the ads, but I’ve seen this done where the audience they were targeting needed to have interest in fashion AND apparel. Doing this is trying to target better than Facebook which is usually not a good idea to do unless you’ve tested both audiences on their own and if they are different categories of interests (music taste w/ hobby, industry interest w/ behavior targeting, etc.). At a testing stage this will cause CPM to be higher than needed.

This is on par with the previous mistake, but I wanted to make this its own blurb. Just because someone has a lot of money doesn’t mean they are going to shop at your store. You aren’t going to have better luck targeting the top 10% of zip codes based on income for your $20 sunglasses. Higher income people resonate better with name brand products that have credibility behind them so you would probably need to build up credibility, stellar branding, and high-quality products before attempting to target high-income people on Facebook. 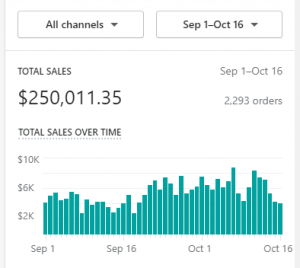 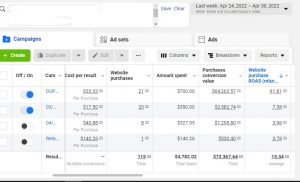 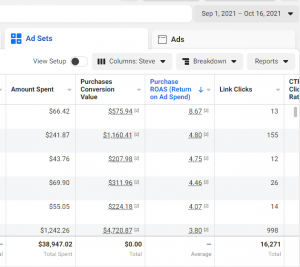 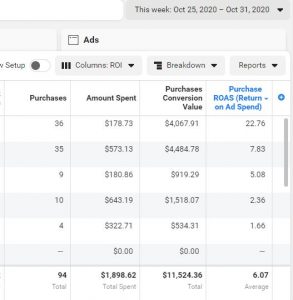 7. Targeting interests that are too obvious

Your target demographic has many layers to their personality and social media behavior. When you sell a certain product and you only target the interest that is literally named the same thing that your product is, then you are limiting yourself to interests that your competition is probably targeting as well. Some of the best interests I’ve ran ads towards with Facebook ads are two or three degrees of separation from the product. I’ve sold supplements that were geared towards people who engage in certain activity, so instead of just targeting “supplement” I targeted “activity” interests. I’ve targeted music interests based on certain elements of a product that I’ve ran ads for, and the product wasn’t a music related product at all but people who liked that product typically listened to a certain type of music as well.

8. Focusing on cheap link clicks instead of purchases

The amount that you pay for a click does not matter if you are getting little to no sales. You want to pay more for expensive clicks from people that Facebook deems as likely to make a purchase or whatever action you are wanting them to do. I’ve audited a few campaigns where they ran two ad sets and the owner of the ad account concluded that “Ad Set 1” was better than “Ad Set 2” because it got clicks for half the cost. But neither of them got a sale, so neither is better than the other. Or I’ve audited campaigns where the store owner says “this ad did well, it got over 1,000 clicks” but it got zero sales. Typically this was done with an improper campaign setup anyway so none of those clicks were going to convert either way.

One campaign that I audited turned off an ad after just a few hours of letting it run because Facebook was spending the money too fast. I recommend letting a test run for at least 5 days. If the ad is setup properly then you will have some good days, some bad days, and some okay days. I’ve seen many times where the best day ever is right after a very bad day. Know that a bad day is still data for Facebook because it is learning what NOT to do.

10. Hanging on to an audience that stopped working

Audiences, ads, and campaigns can eventually stop working after a certain amount of time, regardless of how well they worked at one time. There are many reasons for this to happen which would be a whole post on its own, but if you’re struggling to get an audience to work then just move on and try again in the future. I audited a campaign that was running ads to a specific lookalike audience that was setup very odd and it wasn’t producing them very good results recently anyway, so I obviously recommended that they turn it off and try setting it up a different way that would be more likely to work. The user did not take the advice because that was their best performing audience many months ago. This is why you want to be diverse with your targeting so that when an audience stops working, you don’t cling onto it like overly attached girlfriend meme.

11. Setting up a funnel that is filled with low quality data

Running traffic campaigns is just going to get you a ton of traffic that is most likely not going to turn into a purchase. You are more likely to get a purchase from 100 high quality clicks than you would 1,000 low-quality clicks. Traffic campaigns give you the absolute bottom of the barrel traffic that Facebook has to offer. What I see people do is setup a funnel with traffic campaigns at the top, and retargeting at the bottom with a campaign optimized for conversions. This makes sense in theory, but in practice you are just continuing to retarget the low-quality traffic. And it just costs too much money to spend going after those low-quality clicks over and over again when you could just go straight for the purchase conversions campaign traffic. Those are the ones that are more likely to purchase without needing to see the ads 5 times. There are a lot of impulse buyers within those campaigns. Do this even if your store has zero purchases.

12. Worrying about 4 steps ahead when they are still on step 1

“I’m spending $50/day but what should I expect when I am scaling and spending $1,000/day?” That is going to be different for everybody but this is one of those situations where they are trying to solve a problem that hasn’t even happened yet and you’re essentially taking focus away from the step you are at right now and projecting it into a future scenario that may or may not happen.

There are many common Facebook ad mistakes that can be easily avoided. After auditing dozens of ad accounts, I have noticed some of the most common errors people make with their ads. Some of these mistakes include not targeting correctly, using the wrong type of ad, and having low quality images or videos. By avoiding these mistakes, you can make your ads more effective and improve your results.

BOOK A CALL
← Prev: The Top 5 Major Mistakes Ecommerce Stores Make With Their Facebook Ads What I'm Doing With Facebook Ads In 2022 That I Wasn't In 2021 → 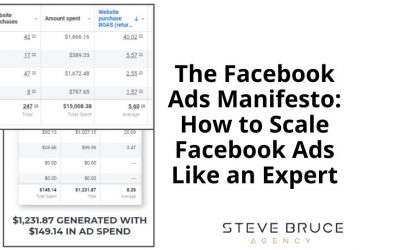 Facebook Ads have the potential to scale your business like no other advertising platform. There is so much potential... 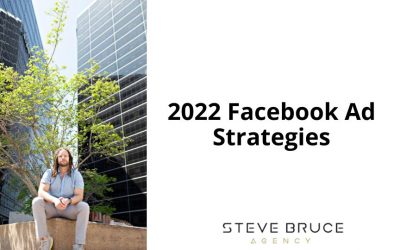 I've been running Facebook ads since 2015 and have worked on hundreds of ad accounts at this point. Over the years... 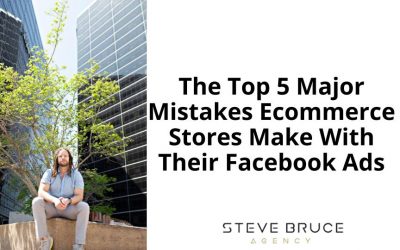 Since 2017 I've worked with over a thousand Facebook ad accounts from the capacity of a quick audit up to as high as...